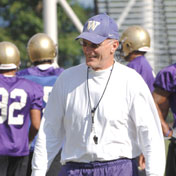 
Randy Hart’s knee was 16 degrees bowlegged and had finally forced him to seek out knee replacement surgery. He had played on the 1969 Rose Bowl championship at Ohio State and had just completed his 20th season as defensive line coach at the University of Washington. So when he needed a total knee replacement, Randy sought out a solution that would give him a straight leg, a long-lasting knee replacement, and the function he needed to get back to his demanding lifestyle—quickly! At age 59, Randy was back on the field coaching just two months after surgery. Read the full story 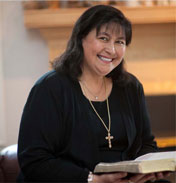 
Fifty-three-year-old Naomi Marquez-Blake has spent 23 years in the ministry, leading a congregation that has kept her on her feet, and on the go, seven days a week. She'd battled knee problems over the years, and a fall in late 2010 showed arthritis had taken a devastating toll on her right knee. Read the full story 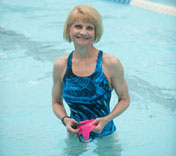 
Vikki’s desire to balance work with an active lifestyle became complicated by a badly worn and unstable knee when she was only 50 years old. When she realized she could no longer swim, she knew she had to do something. After being told she was too young for a knee replacement, she knew she needed to do her research. In the end, she chose what was best for her: minimally invasive surgery using computer navigation with smaller incisions, less blood loss, less pain, and faster recovery. Read the full story


Dave loves his work in the Everett Fire Department. But at age 50, his arthritic knee began to make his work impossible. He had friends who had traditional knee replacements and knew that the long incisions, prolonged hospital stays, and year of pain and physical therapy were not for him. Six months after his knee replacement, he was back on the job, riding his bike, lifting weights, and being as active as he wants. “There’s times when I don’t even think about it anymore. The joint feels totally normal.” Read the full story 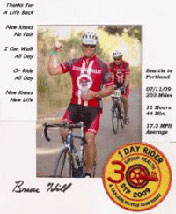 After having both knees replaced using MIS-Navigated techniques, Bruce Hill was able to train for and ride in the STP, finishing the event in one day. 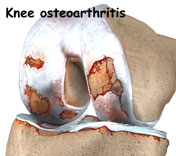 In this episode of eOrthopodTV, orthopaedic surgeon Dr. Craig McAllister discusses the evaluation and treatment of osteoarthritis of the knee. Watch video 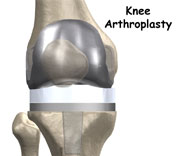